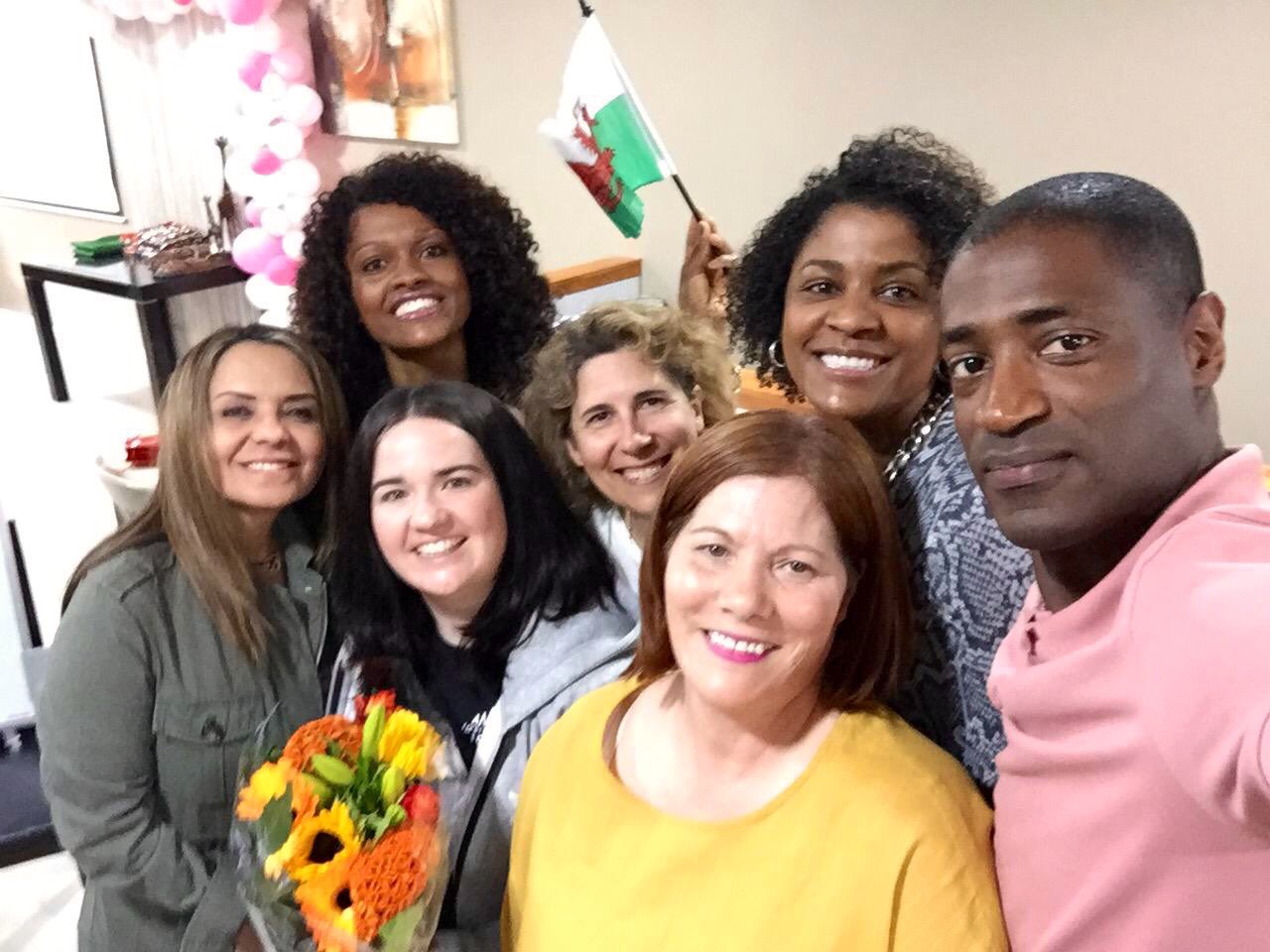 Photo: Maria (second on the right in the back row) with her Welsh class.

Maria Medina, who speaks Portugese as a first language and who is originally from the Cape Verde islands, has been following a Welsh language taster course which has been held at a Portuguese café in Wrexham town centre.

The 10 week taster course was organised by Learn Welsh North East, which is run by Coleg Cambria on behalf of the National Centre for Learning Welsh.  Coleg Cambria worked in partnership with Race Council Cymru to deliver the course.

Maria moved to the Wrexham area in 2015, and has worked for Fibrax, a company in the town, for over three years. She decided to learn Welsh because she wanted to understand the language of the country where she lived.

Hannah Wright, who works for Learn Welsh North East at Coleg Cambria, was one of Maria’s tutors on the course. She said, “The main aim of the course at the town's Vasco Da Gama café was to ensure that learners felt relaxed, and could enjoy and support each other in a familiar and informal setting. Most of the learners who attended the course, including Maria, speak Portuguese as a first language and have settled in Wrexham County. We are very proud of them, and the progress they have made over the past ten weeks.”

Hannah said, “The festival was a great opportunity for the group to experience and learn about the history and culture of Wales through the medium of Welsh. We had a lovely trip to the National Library of Wales. It was great to see the learners making an effort to understand and using their Welsh during the day. ”

This September, this group of Welsh learners will have an opportunity to take part in further lessons, trips and information sessions about Wales.

I have really enjoyed the taster course and look forward to learning more of the language, and about the history and culture of Wales. It's great to feel part of the community where we live.

To find a Welsh course or opportunities to use the Welsh language in your area, go to learnwelsh.cymru. Free courses are also available on the website.