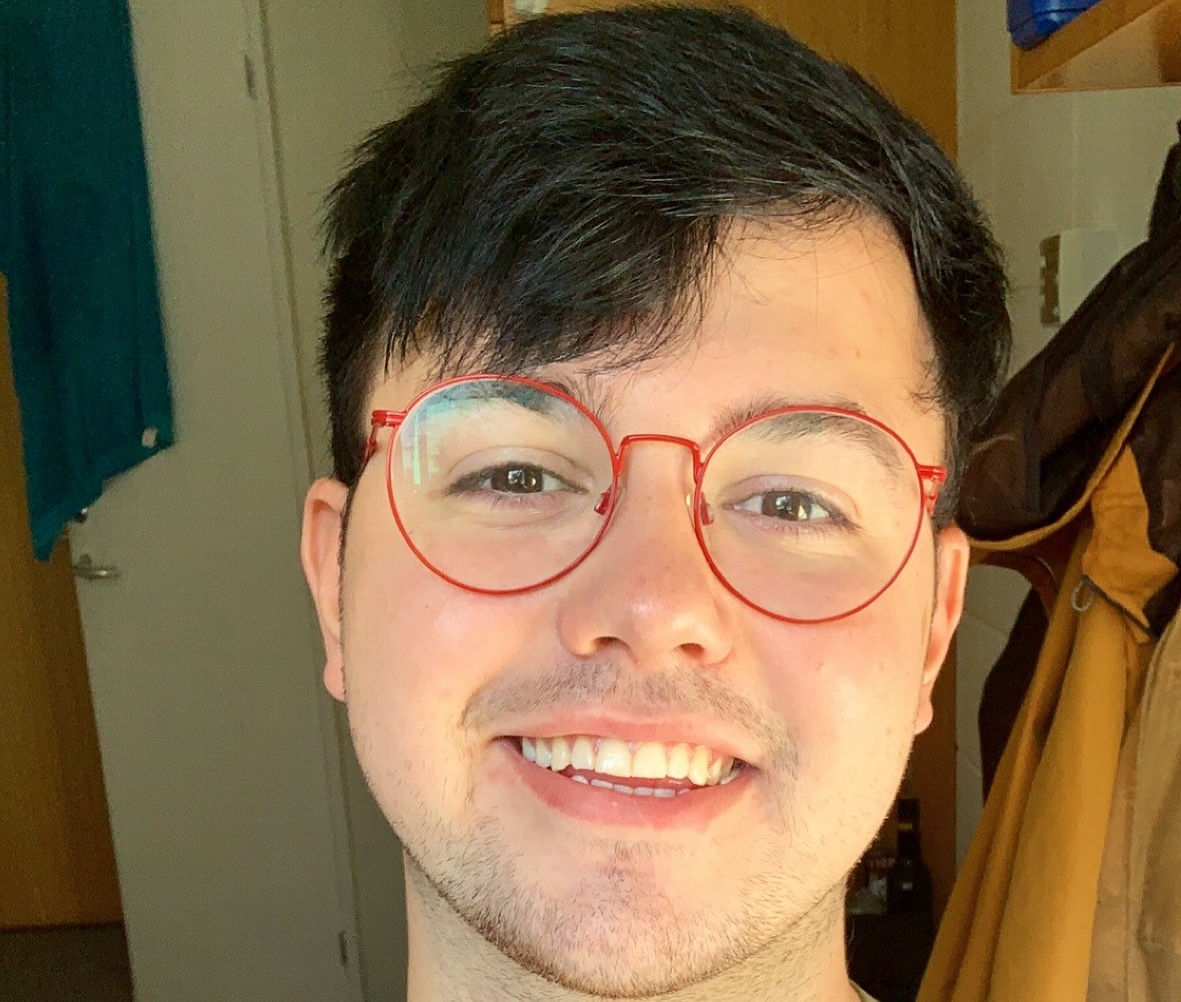 James Horne, originally from Halifax, started his journey learning Welsh on a New Year course in 2020 and less than 2 years later, he’s a confident Welsh speaker who’s just started to follow a PGCE course to teach French through the medium of Welsh.

James, who graduated from Bangor University, has been learning Welsh with Learn Welsh North West, which is run by the university on behalf of the National Centre for Learning Welsh.

James has a real love for languages and one of the reasons he was interested in coming to Bangor to study was because he could do a degree in three languages, French, Spanish and German.

Bangor wasn’t his top choice to study until he attended an open day at the university.  James explains, “I visited Bangor in the April before my A levels, and I thought 'oh my gosh, this place is amazing’.  After that, I changed my UCAS form and put Bangor at the top!

“I remember on that trip to Bangor, the first thing I noticed was the bilingual and Welsh signs.  I really wanted to know what they meant, and I remember trying to pronounce 'ysbyty' (which means hospital).  It's strange to look back on that, because now I can see that it's really simple!

“Then, when I started university, I remember hearing Welsh for the first time in a supermarket.  I thought it was English at first, but then I stopped to concentrate and listen properly, and decided that I didn't understand it and that it was Welsh.

“I suppose, too, because I come from England, I had a different 'mindset' and I didn't know that Welsh existed as a living language.  I liked the sound of it from the beginning, but at the time, I didn't want to learn it because I was already studying three other languages.”

After a year studying, James decided that three languages ​​was too much so he dropped Spanish.  Then, on his year abroad, after a stint in Nantes, France, he planned to go to Germany to spend the second part of his year.  But then lockdown came, shattering that idea.  And because he couldn't spend time speaking the language in Germany, he decided to drop German from his degree, which meant he had room for Welsh.

James said, “I love learning languages, so when I dropped German from my degree, I discovered Welsh and started learning it seriously.

“I'm still stepping through the culture and finding more and more about the history of the language and the challenges it has overcome.

“It's interesting when I'm talking to other learners because we feel like we're on top of a wall being able to see both sides.  I was on one side of the wall, and now I'm on the other. Obviously, as I'm from England, I have my English side but I'm glad I can climb the wall to the other side as well.”

As well as being a great conversationalist, James has also begun writing poems in Welsh and has competed at the National Eisteddfod.

He said, "I'm an easy-going person, but sometimes I get too excited so I like writing to manage that.  I don't read a lot of poetry but I like writing.

"I write when I'm in a good mood or in a bad mood - anytime I have too much emotion."

James has just started to follow a PGCE course in Bangor to teach French through the medium of Welsh.

He added, “I'm looking forward to sharing what I know with pupils to make it easier for students to learn a language.  I was an unusual student, unable to learn in the traditional way.  But I'll know how to help students like me.

"I'm also looking forward to living my life through the medium of Welsh."