A new theatre production introducing Welsh learners to the famous Mabinogi legends is on tour around Wales.

The show, called ‘Trafferth’ (Trouble), has been produced by theatre company ‘Mewn Cymeriad/In Character’ and was commissioned by the National Centre for Learning Welsh.  It introduces the many characters of the Mabinogi, and their stories, in a lively way, using language familiar to Welsh learners.

‘Trafferth’ is performed by actor and presenter Tudur Phillips; Aneirin Karadog, who was the chaired baird at the 2016 National Eisteddfod in Monmouthshire, has written the script.  Aneirin is also a former Children's Poet for Wales.

Blodeuwedd, the woman created from flowers, Pwyll, Prince of Dyfed,  and giant Bendigeidfran are among the colourful characters featured in ‘Trafferth’.  In the show, Tudur plays the medieval Welsh poet, Dafydd ap Gwilym, and we also hear some of his history and poems along the way.

Aneirin Karadog explains: “During the show we follow Dafydd ap Gwilym's journey from Ceredigion to Bassaleg in Gwent.  The show is based on real life events.  Womaniser Dafydd had to flee Ceredigion because of his bad behaviour with the women of Llanbadarn Fawr and the surrounding area!

“I hope that this show both offers learners the opportunity to enjoy and laugh through the medium of Welsh, but also to be inspired to find out more about Welsh language poetry and literature.”

‘Mewn Cymeriad’ specialises in producing one-person shows based on famous characters from Welsh history, performed in primary schools across Wales.  Last year, the first show created specifically for Welsh learners, ‘Taith yr Iaith’, which told the history of the Welsh language over the centuries, received an excellent response.

"The partnership with the National Centre for Learning Welsh has enabled us to produce a show that is relevant, interesting and suitable for learners.  It is an opportunity to introduce learners to elements of Welsh literature in a lively and fun way.  There are also plenty of opportunities for the audience to get involved!”

"Bringing Welsh history and culture alive to audiences learning Welsh is extremely important to us, as well as giving our learners opportunities to practise and enjoy the Welsh language outside the classroom.

“We’re looking forward to welcoming learners from all over Wales to enjoy this new show.” 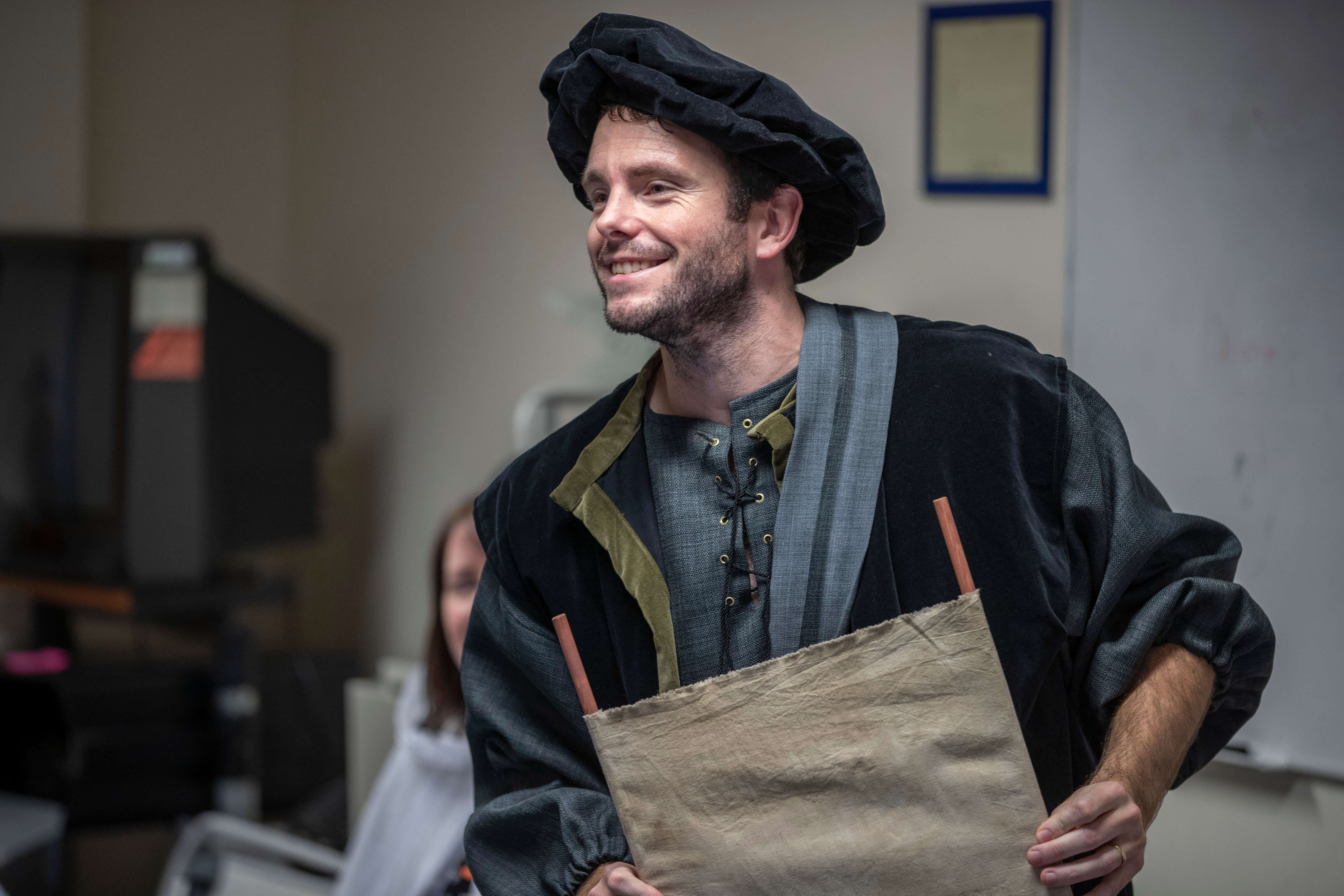 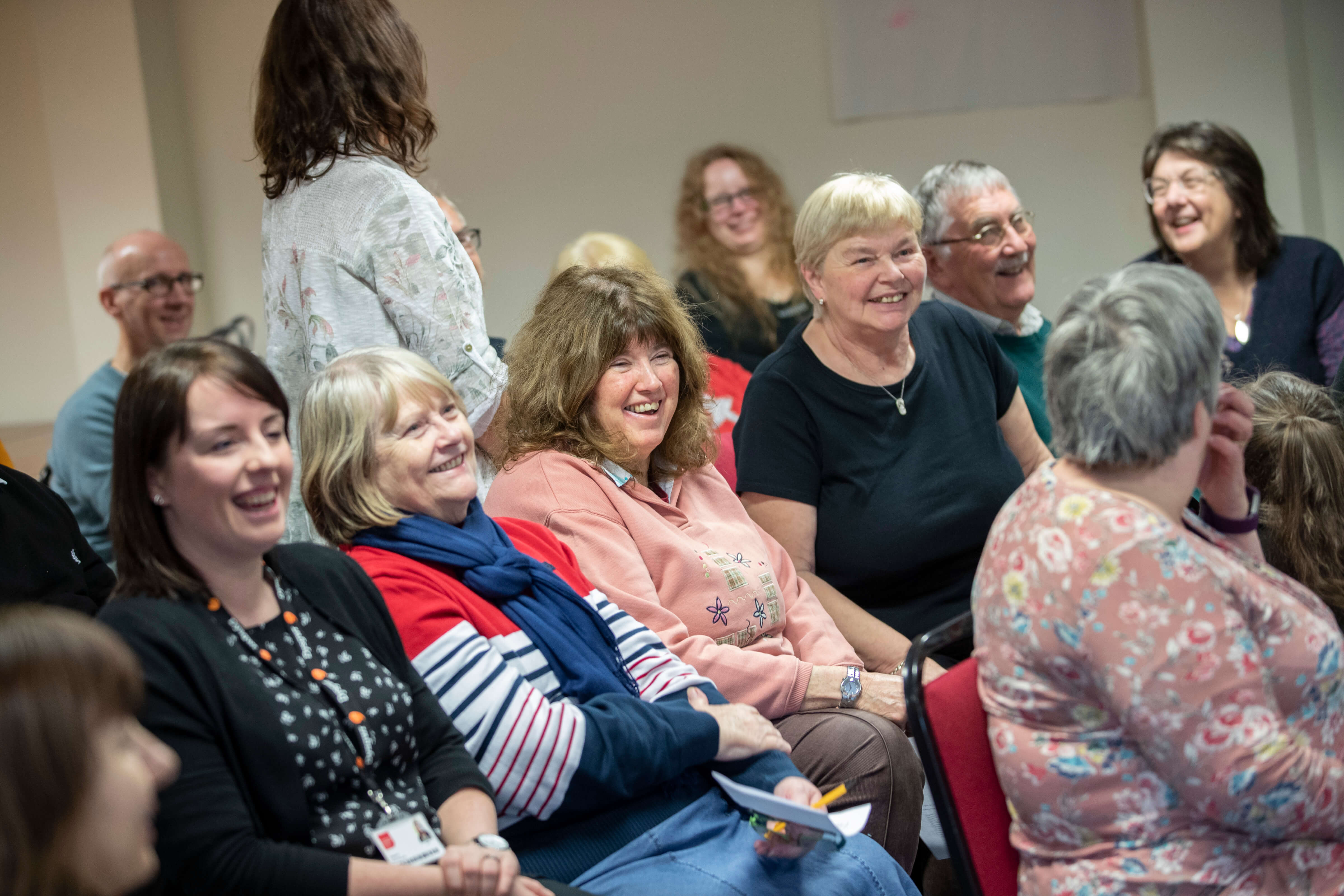 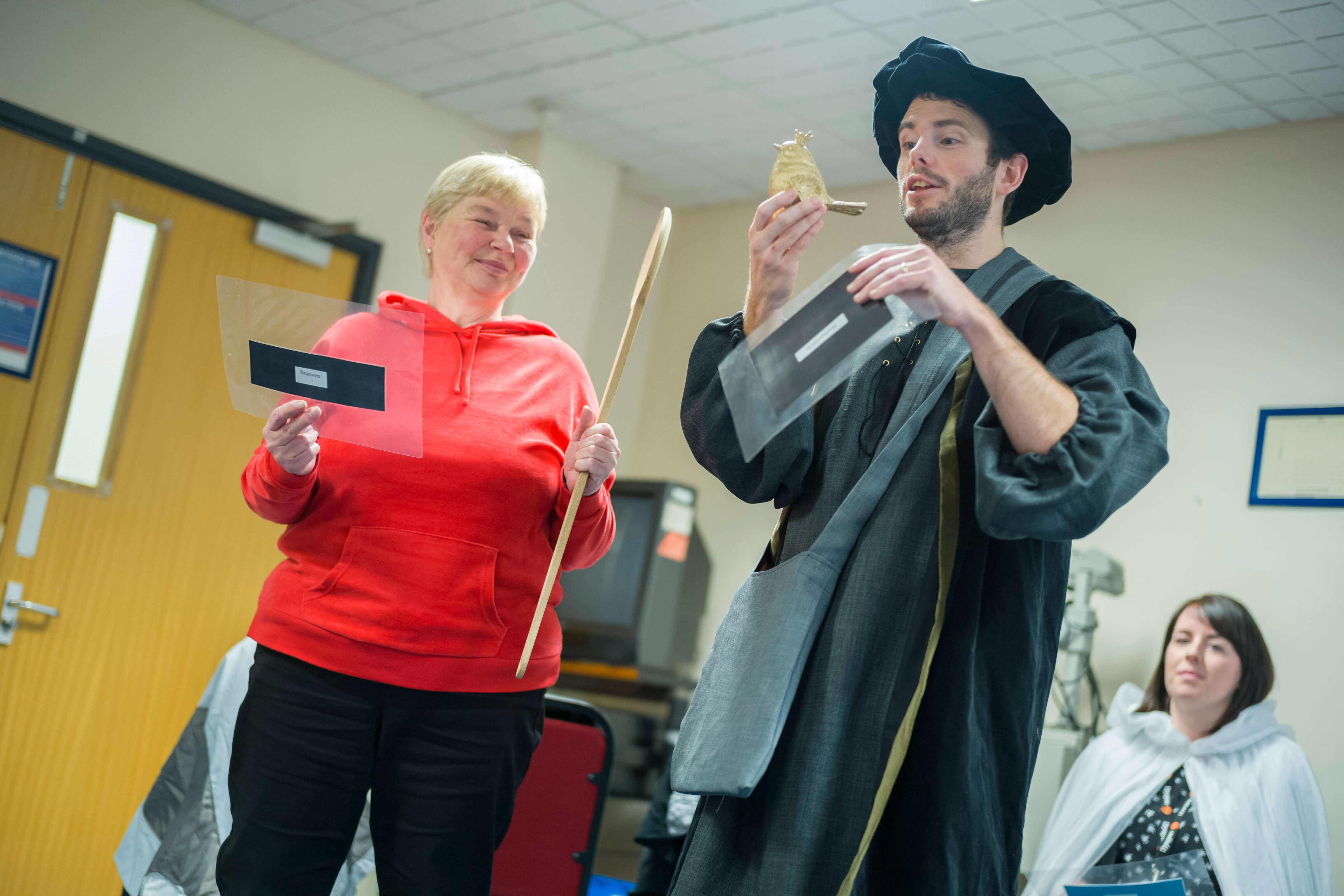