Lars Kretschmer, originally from Großräschen in Germany, heard the music of the Super Furry Animals for the first time as a teenager, and decided to learn more about the Welsh language. After hearing members of the popular band speaking Welsh on a German radio station in 1996, he decided he would learn the language.

He started to learn Welsh in Germany, and enjoyed weekly evening classes with a tutor at a college there.

Lars came to Wales for the first time in 2010 to study for a PGCE at Aberystwyth University as he wanted to become a teacher. He had the opportunity to socialise, to make good friends who were Welsh speakers, and to live life mainly through the medium of Welsh.

Lars now lives in Saltney Ferry near Chester, and attends an Advanced Level Welsh course in Wrexham every Monday evening. The course is organised by Learn Welsh North East, run by Coleg Cambria on behalf of the National Centre for Learning Welsh.

“I love every type of music,” says Lars, “but when I first heard the Super Furries sing, and heard band members speak a language I didn't even know existed, I wanted to learn more about them, about their music, and about the Welsh language.”

He added, "It was a really good experience to spend time studying and living in Aberystwyth, and I made many good friends who were always willing to speak Welsh with me. It's very important when you're learning a language to be able to use that language every day. When I was going into schools in the area as part of my PGCE course I loved discussing links between German and Welsh with the pupils in the classroom. It was really interesting. ”

Although Lars now works in Chester, he takes every opportunity possible to use Welsh outside of the classroom.

“The subjects we are studying as part of the Advanced Level course are interesting. There is plenty of opportunity to have conversations with the other learners in the class, and I'm learning new words all the time,” he said.

He continues to enjoy Welsh music of all kinds and travels to see musicians such as Gruff Rhys, Gareth Bonello, Georgia Ruth and Bitw singing live in venues across Wales.

Listening to music and Welsh music in particular makes me happy - and I think 'hapusrwydd' (happiness) is my favourite Welsh word. The best advice I could give to anyone learning the language is to use a little bit more of the language each day. Try learning something new all the time, and if you don't always understand every word, do not give up! 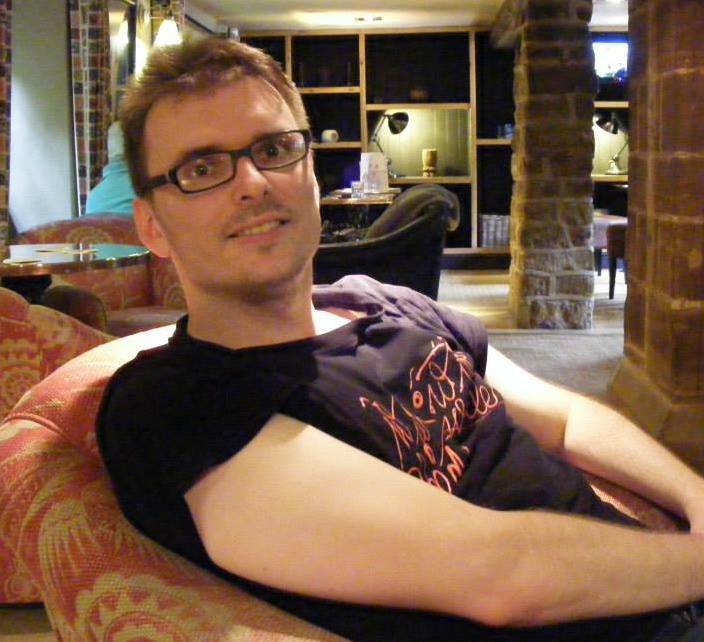