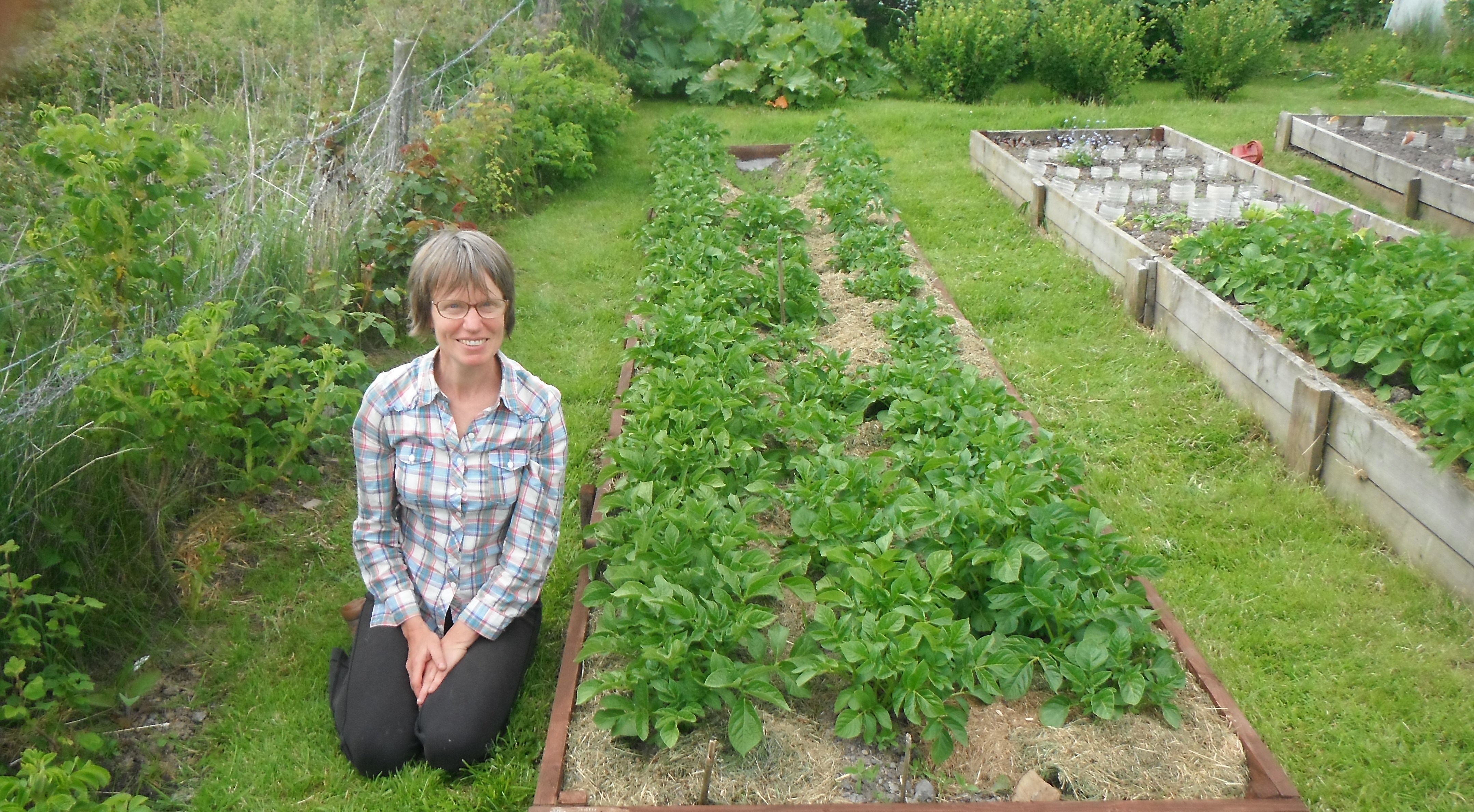 Jane Burnard, who originally comes from Cumbria, spent 23 years working in London before leaving to lead a new life in Wales with her partner, Gareth, back in 2013.

Jane uses her Welsh at work with publishing company, Gwasg Carreg Gwalch, which is run by award-winning poet and writer, Myrddin ap Dafydd, who is also the Archdruid of Wales.

During her time in London, Jane worked with authors Malorie Blackman and Alexander McCall Smith and edited books for children aged 7-9.  More recently, Jane has focused on translating children’s books from Welsh into English;

‘‘Translating books allows me to be creative, and I love thinking of ways to entice children into the dialogue.  My vocabulary has grown so much since I started working through the medium of Welsh, it’s a great way of learning the language!’’

Jane would encourage anyone interested in learning Welsh to give it a go;

‘‘Go for it and stick at it! Don’t worry about making mistakes, the most important thing is to communicate.  For me, learning and speaking Welsh has made me feel that I belong to Wales, and I will be forever thankful for that.’’

So far, Jane has translated a children’s novel by author Angharad Tomos for Gwasg Carreg Gwalch, entitled Darn Bach o Bapur (The Empty Room), a story based on the protest by the Beasley family, who refused to pay English-only local council rate bills in 1952.  She has also translated a historical adventure story called Y Pibgorn Hud (The Magic Hornpipe) by Gareth Evans.  Her next project will be Paent (Paint) by Angharad Tomos, a story about the protests over the investiture of the Prince of Wales at Caernarfon Castle in 1969.

Jane says that working for Myrddin ap Dafydd is an honour;

‘‘Sometimes, I can’t quite believe that I work for the Archdruid of Wales!  He’s been so supportive and it’s a pleasure to work for such a kind man.  Translating has certainly helped me achieve my goal of becoming fluent in Welsh, and I am very grateful to Myrddin ap Dafydd for giving me this opportunity.’’